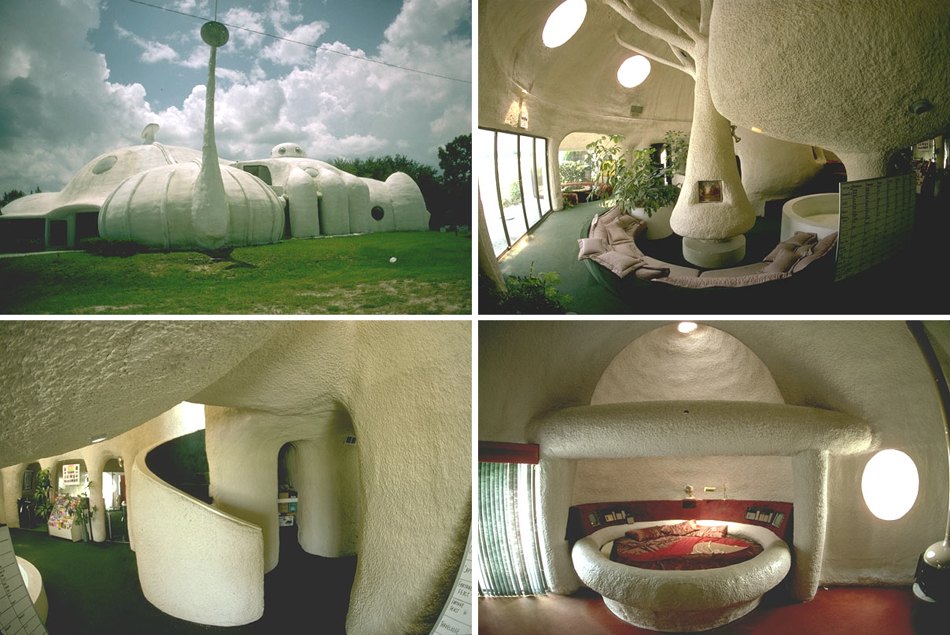 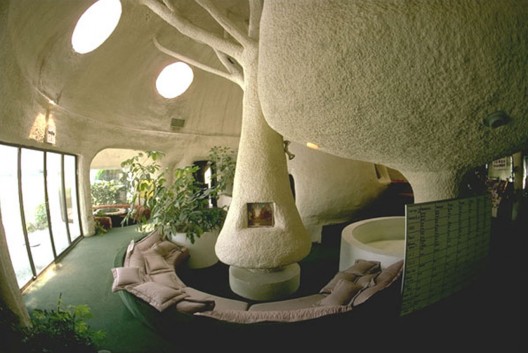 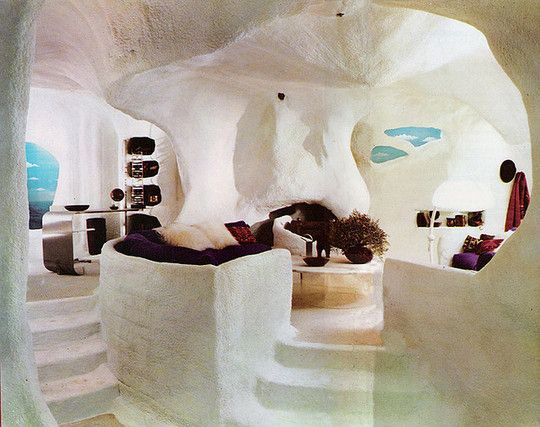 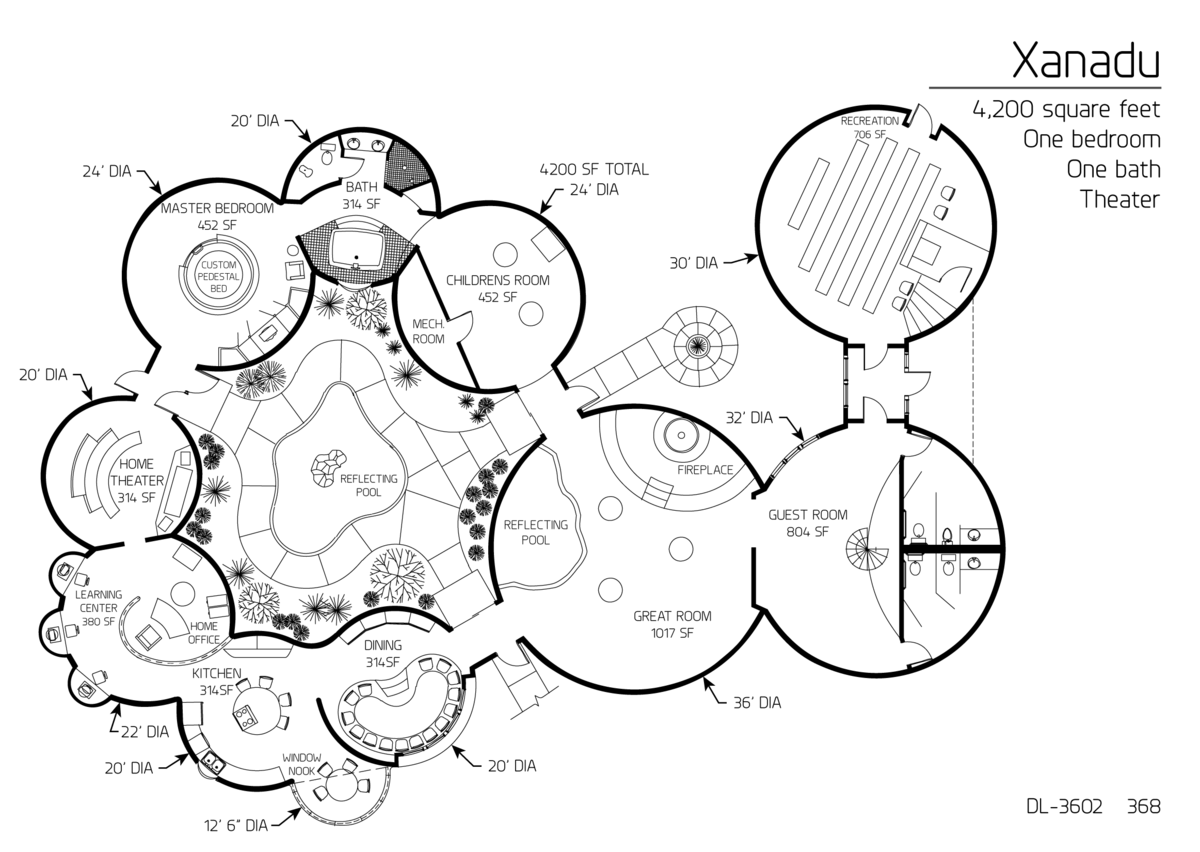 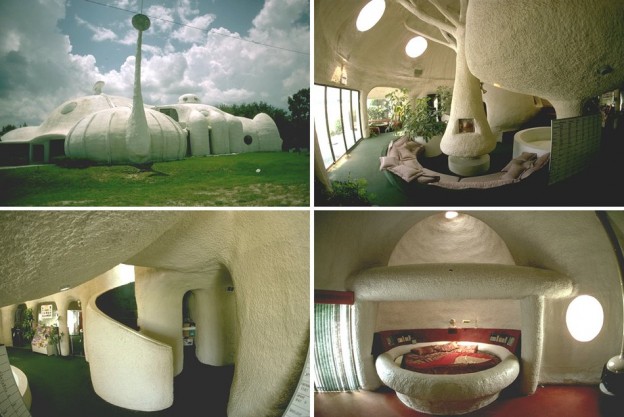 Looking like a combo lunar base and melted vanilla sundae, Xanadu was one of three erected in the US to serve as both commerical attractions and construction marketing tools.

Throughout the 1980s, tourists flocked to the Xanadu House, a futuristic home in Kissimmee, Florida. This domestic pleasure dome was made of polyurethane and filled with “friendly computer servants.”

In 1983, the Xanadu House in Kissimmee opened to visitors. A previous Xanadu home had opened in Wisconsin Dells, Wisconsin in 1979. Bob Masters, one of the designers of the Wisconsin home, collaborated with architect Roy Mason to build this curiously shaped abode. A large plastic balloon was sprayed with layers of expanding foam, which would harden and form the shell.

The rooms were run by Commodore computers, which managed everything from spa temperature to home security – a robot voice would warn if trespassers had wandered into your turnip of a home. At its peak, the Kissimmee Xanadu House brought in a 1000 guests a day, and a third Xanadu House was built in Gatlinburg, Tennessee. Witness the Xanadu house in all its bulbous, chintzy glory in the below clip.

What ever happened to Xanadu House? It closed in the mid-90s due to dwindling interests in the building technology, became infested with mold over the course of a decade or so, and was  demolished in 2005.  The Wisconsin and Tennessee properties were also destroyed in the 1990s.

For over twenty years, Xanadu’s novel approach to home-building stood along busy highway 192 outside Disney World. Looking like a combo lunar base and melted vanilla sundae, Xanadu was one of three erected in the US to serve as both commerical attractions and construction marketing tools. The other two stood in tourist hubs Gatlingburg  and Wisconsin Dells, which were demolished years ago.

We first visited in 1985 two years after it first opened, when the Xanadu was powered by early PCs and a dodgy wireless audio system. The self-guided tour attempted to transport visitors into the sleek, automated world of 2001.

Kissimee’s House of the Future never quite got in sync with the rapid advance of technology, and closed in 1996. It was subsequently sold, used for storage, then fell into further decline. In recent years it became the unauthorized home of squatters, though adventurous travelers were still stopping by to explore the dilapidated bubble rooms, before this iconic structure finally being demolished in 2005.

This site uses Akismet to reduce spam. Learn how your comment data is processed.